I was selected through an application process to gather a team of writers and performers to create and perform four brand new hour-long comedy shows during fall 2016.

A sketch review contemplating murder in its many forms – from the urge to murder your coworkers to a multi-generational feud between a human family and a murder of crows.

The year is 1993. Bill Clinton is newly elected and his top campaign aid, Rebecca, books a relaxing vacation on the world’s smallest cruise ship. But her vacation is interrupted when one of the passengers is brutally murdered. Can she figure out who done it before the passengers run out of Snackwells and 90s pop culture references?

A compilation of our favorite sketches, featuring the drunk, basic bitches returning for some winter fun. 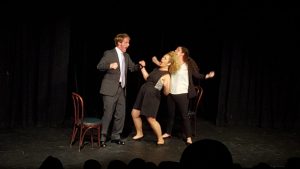 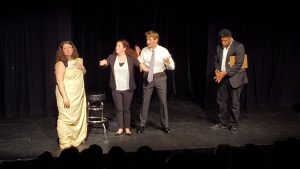 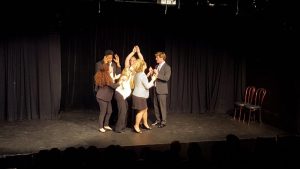 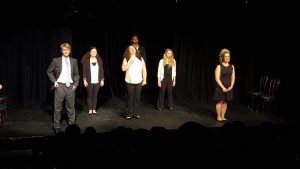 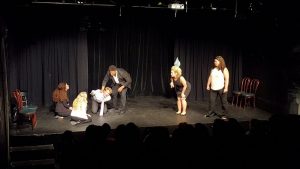 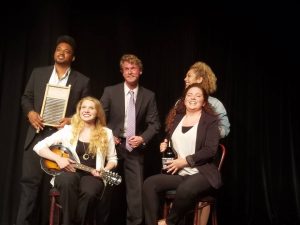 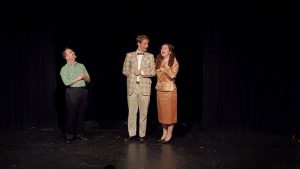 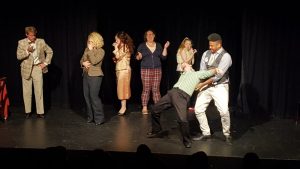 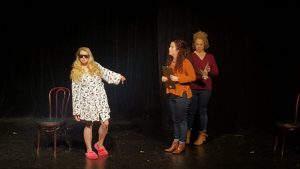 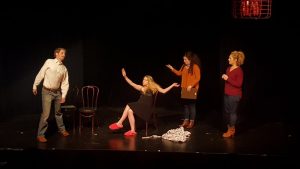 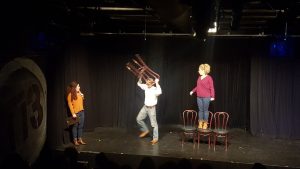 Want to work together